A fantastic trip to my local Chinese Buffet

My wife has always been a great fan of the Chinese food and it has failed to do anything for me at all! I would rather enjoy proper British food but on this ocassion I thought I would give it a go. I was actually surprised by how much I enjoyed it and what varieties of foods was on offer. I love noodles so being in a Chinese is a dream come true and the mushroom dishes were amazing. 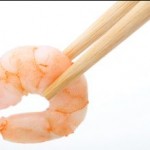 I particularly enjoyed the Chinese sweet and sour pork but what gets me is that the quality of the Pork at a Chinese restaurant or buffet always tastes amazing. There is no fat on it like in many different cultures and it melts in your mouth.

In China, food and its preparation has been developed so highly that it has reached the status of an art form.  Rich and poor, the Chinese people consider that delicious and nutritious food is a basic necessity.  There is an old Chinese saying “Food is the first necessity of the people”.

This art has been cultivated and refined over hundreds of years.  Legend has it that the culture of Chinese cuisine originated in the 15th century BC during the Shang dynasty and was originally introduced by Yi Yin, it’s first Prime Minister.

The two dominant philosophies of Chinese culture both had extreme influences on the political and economic history of the country but it is less well known that they also influenced the development of the culinary arts.

Confucius emphasised the artistic and social aspects of cookery and eating.   The Chinese don’t gather together without involving food – it is considered to be poor etiquette to invite friends to your home without providing appropriate food.

Confucius established standards of cooking and table etiquette, most of which remain to this day.  The most obvious example of this is the cutting of bite-sized pieces of meat and vegetables during the course of the food preparation in the kitchen, rather than using a knife at the table which is not considered to be good manners.

Confucius also encouraged the blending of ingredients and flavourings to become a cohesive dish, rather than tasting the individual components.  Harmony was his priority.  He believed and taught that without harmony of ingredients there could be no taste.  He also emphasised the importance of presentation and the use of colour, texture and decoration of a dish.  Most importantly, cooking became an art rather than a task to be endured and certainly he was instrumental in promulgating the philosophy of “live to eat” rather than “eat to live”.

On the other hand, Tao encouraged research into the nourishment aspects of food and cookery.  Rather than concentrating on taste and appearance, Taoists were more interested in the life-giving properties of food.

Centuries on, the Chinese have discovered the health-giving properties of all sorts of roots, herbs, fungus and plants.  They have taught the world that the nutritional value of vegetables is destroyed by over-cooking (particularly boiling) and in addition have found that things with a great flavour also have medicinal value.

Home cooked Chinese food is extremely healthy, even though much of it is fried.  This is due to the use of polyunsaturated oils (used only once and discarded) and the exclusion of dairy products.  In addition the inclusion of animal fat is minimal because portions of meat are small.

Thanks for reading my blog post and in the meantime if you would like to read more of my fantastic cooking tips and food recipes you can subscribe to my RSS feed or join my free online Ezine.

To your food heaven